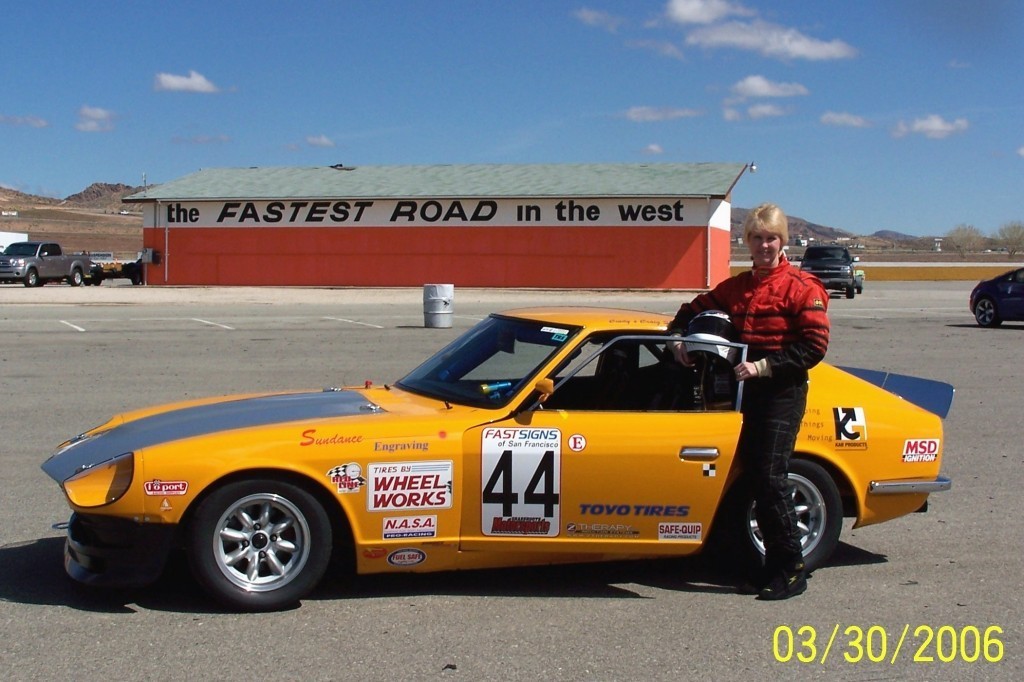 Best friend, ICU Nurse, Wife, Mother of 3, and driver of our 71 240Z road racecar, Cindy has always been my partner in crime when it comes to playing with cars. Looking for another car project we remembered the fun we had with previous owned 72- 240Z and a 76- 280 2+2 Z cars. It wasnâ€™t hard for her to convince me to pack the kids and drive 9hrs. to look at this 71 240Z. With some upgrades, changes, and elbow grease we were able to get this Z back onto the track in about a year. Having been a fan of racing but never actually driven on a racetrack, but it quickly became an addictive hobby. Cindy not wanting to be another aimless female driver soon matched and even beat my best lap times. We try to get to the track at least once a month. The car has lots of track goodies, suspension, roll cage, fire suppression system, fuel cell and other race requirements. It retains the stock 2.4L motor with an E31 head, Isky Stage II race cam, Z-Therapy modified SU carbs, MSD & Pertronix ignition, NISMO header, and other parts, to add some Bling Bling under the hood. I have only 1 rule to follow according to Cindy- â€œNo wrenching on the Z while she is at work at the hospital, with out her.â€ She claims 51% ownership as I claim the other 51% ownership. I am lucky to have a wife that calls to pick up car parts on the way home from work, instead of bread and milk. For 19th yr. anniversary she asked for a fiberglass hood and rear hatch, NO flowers or dresses. Done deal! It is funny to see Vett and Porsche owners looks when they find out they were passed by a girl in an old Datsun 240Z on the track. Life doesnâ€™t get much better than this. Iâ€™m a lucky man.