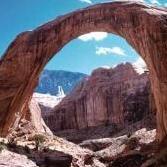 By w3wilkes,
September 5 in Open Discussions