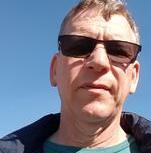 By northernz, September 19, 2014 in Open Discussions